Advidi was proud to host the official after-party for the Dance4Life NYC Marathon runners at our office last Friday.

The celebration saw the 22 participating runners and their supporters gather to honor a truly impressive accomplishment – completion of the legendary NYC Marathon.

The grueling 26.2-mile loop around New York City attracts some of the world’s top athletes. It’s not for the faint of heart. Thankfully, a good cause was the only motivation the Dance4Life crew needed.

Advidi joined in with a donation of €2500 on behalf of Alina Sukhareva, along with sponsoring the official after-party at our office last week. 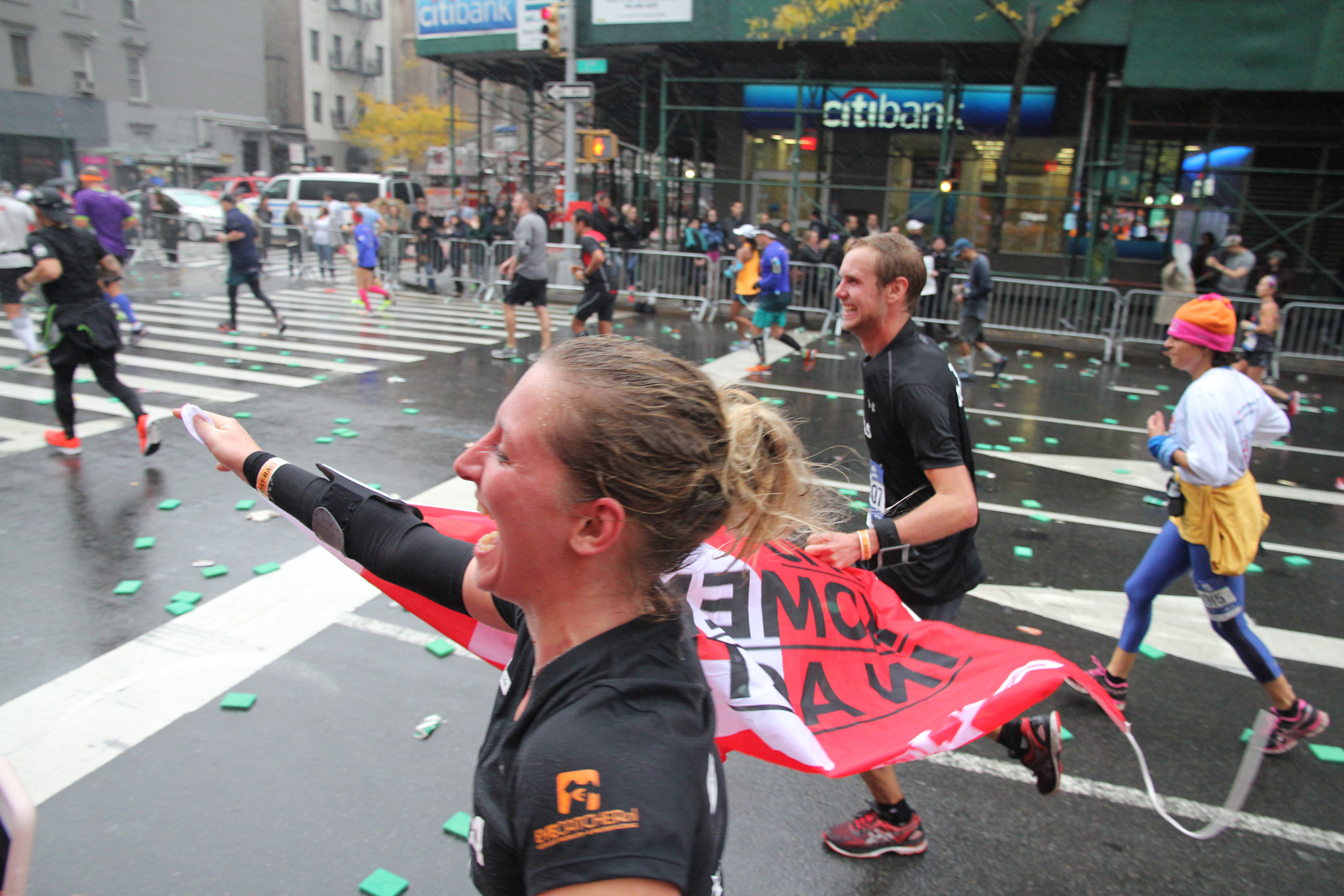 Saskia waves the Dance4Life flag in the heat of the NYC Marathon!

It was inspiring to hear the stories behind the runners’ accomplishments. We learned that the conditions, though challenging, were nothing when compared to the enthusiastic roar of the crowd and the energy that comes from challenging yourself in a new way. This positive, solution-oriented energy embodies the Dance4Life mentality.

Founded in 2003, the Amsterdam-based organization operates in high-risk areas worldwide to mobilize youth in the fight against HIV/AIDS. They organize events that encourage active participation (often centered around dance and physical activity), allowing them to educate and inspire while raising much-needed funds.

“Dance4Life can’t exist without donations,” said Francis, Friends4Life Manager. “What you did – as a team – is so, so important for our organization. We provide sexual education to young kids to help them believe in themselves, take responsibility and lead healthy lives. And you did it… you raised so much money.” 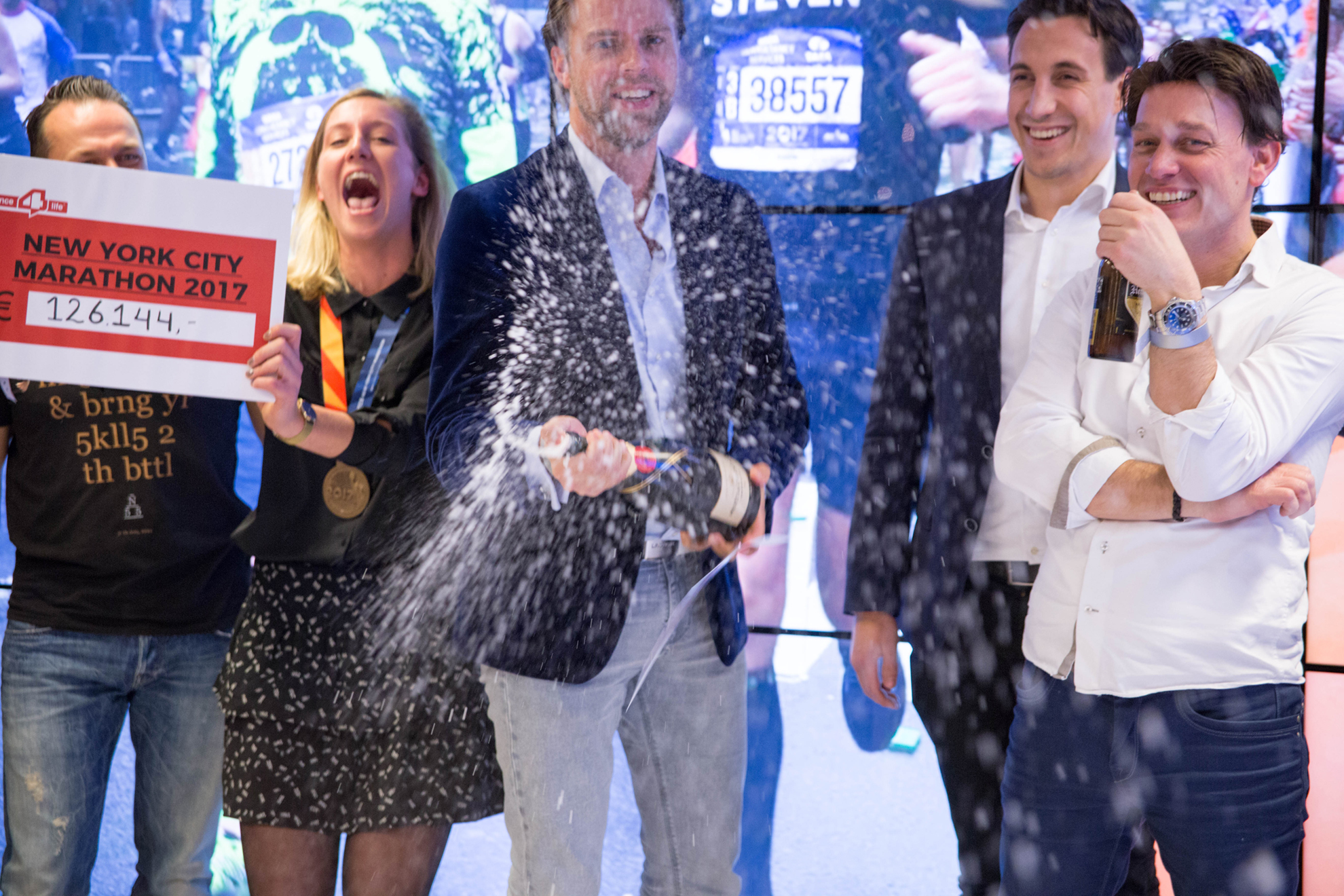 Congratulations to the runners – you did it!

The NYC Marathon was further proof of their dedication to solving a serious worldwide problem. Each runner earned donations from friends, family and local businesses for their participation. This has the dual effect of raising awareness at home while financially supporting the efforts abroad. A powerful combination.

At the end of the event, someone asked if anyone from the Advidi crowd would join them next year. A few hands went up. We’ll see how that goes… but until then, a big thank-you and congratulations to the Dance4Life team from Advidi!

Alina collects the donation from Advidi at the Dance4Life after-party.

Bangkok beware: The Adverthaising Warriors are back!
The All-in-One AWA 2017 Checklist