Kings Of Advidi is by far, the biggest Advidi contest! It’s global and super exciting. You have an opportunity to LIVE LIKE A KING in Amsterdam this April. 4 winners will be our guests for 4 days April 25 – April 28 2016, and they will attend our boat party during one of the biggest world celebrations – The King’s Day!

For two months we’re going to run a competition among our active affiliates who will sign up to be part of this contest. All you need to do, if you want to compete, is fill out the application form.

Once you receive approval via email, you’re officially in the running to win the 4-day trip to Amsterdam.

All our active affiliates can run for the competition. All you need to do is to sign up. The competition will be active for 2 months, starting February 1, 2016 ending April 1, 2016. You can sign up during the whole time of the competition, but please be advised that the sooner you sign up, the bigger the chances are that you can win.

There will be 4 winners in total. The winners will be chosen based on the traffic/revenue they send to the Advidi network. There will be winners in all 3 verticals we’re currently working in at the moment – King of Dating, King of Health & Beauty and King of Mainstream. The 4th King will be a New King – new member of the network who joined Advidi not earlier than January 1st 2016.

What is the prize?

4 affiliates will live like Kings for 4 days in Amsterdam. Every winner will get a roundtrip ticket to Amsterdam, 5 star hotel accommodation for 4 days, dinners, lunches, club party, introduction to our office, city bike tour around Amsterdam and an invitation to our boat party during one of the craziest global celebrations worldwide – The King’s Day in Amsterdam.

How can I measure my progress?

Can I join the party if I don’t win?

Yes, affiliates who are competing in the contest, but didn’t win, still have the chance to join the party. Although the travel and accommodation costs should be covered by the affiliate himself. 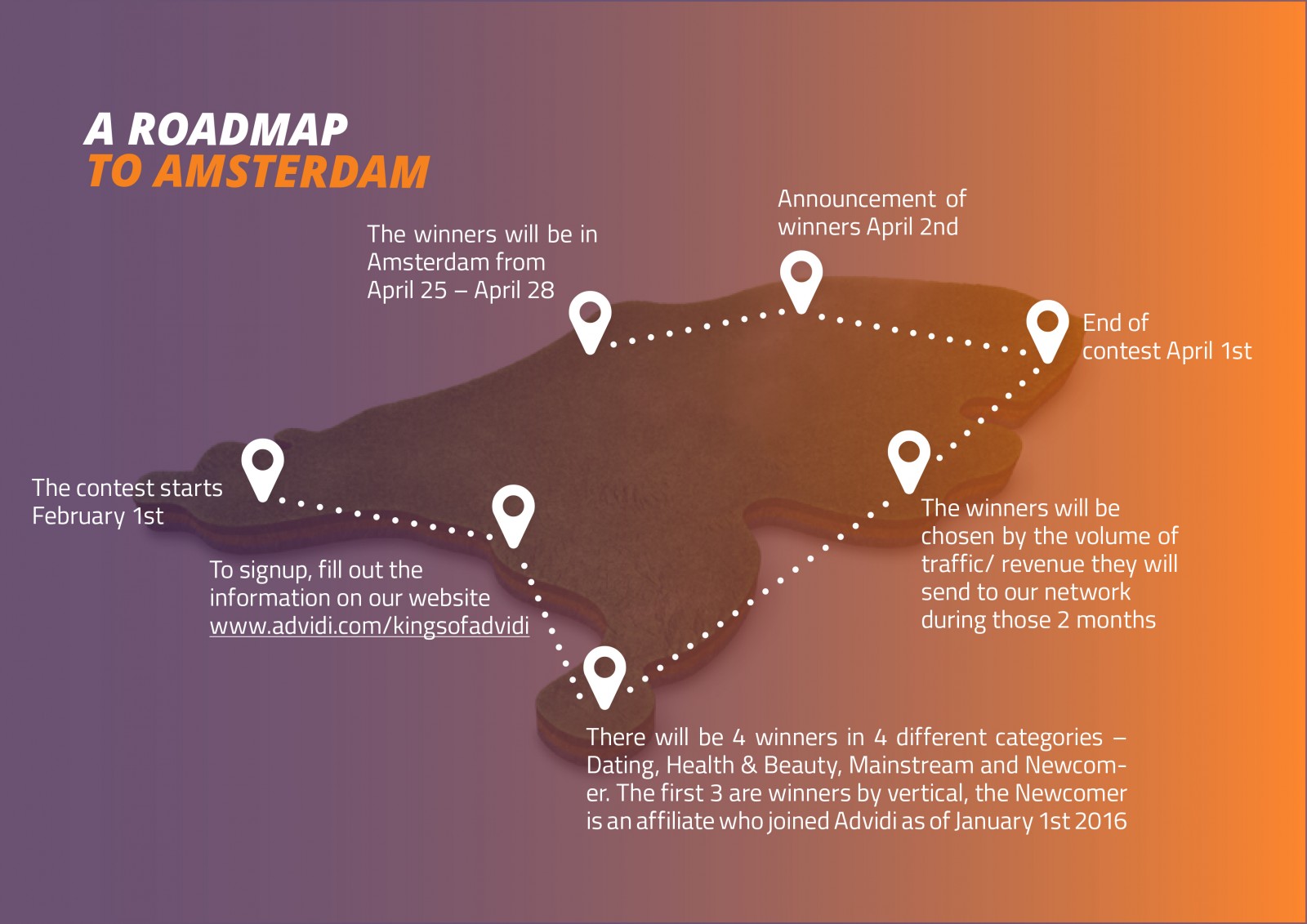 The Year in Review: 2015
Stories yet to be written