My Life Through Pictures: Ben

Well, this is awkward!

As the sole copywriter at Advidi, Ben is responsible for all the words. Yes... that includes these! (Except the typos - those are from someone else.) That means he’s writing this introduction about himself in the third person. Good thing he loves to talk about himself!

You may know Ben from his amazing, outstanding, truly incredible blog posts, newsletters and all other text-based digital goods delivered under the Advidi brand. He’s been with us for 2+ years and has gained a reputation around the office for being very silly, which he firmly denies, often with the subtle application of violence.

Although pictures aren’t his usual thing (mostly because of all the broken lenses), he’s dug out a few just for you… without further ado, we’ll turn it over to you... uh... me? 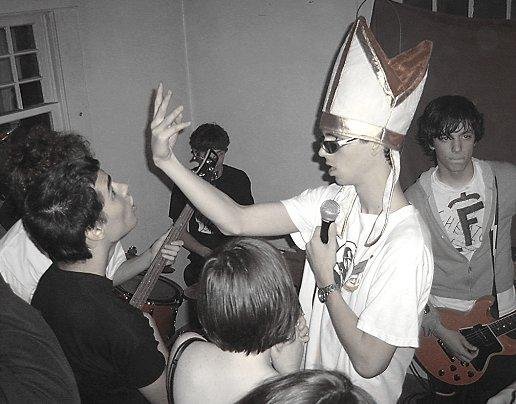 Screaming! Moshing! Pontificating! The punk scene and its people shaped who I am.

Thanks for the introduction, Ben! Excited to do this.

I “sang” in a hardcore punk band growing up, which shaped a lot of my ideologies and helped me become comfortable performing in front of people. Everyone in the punk scene has a strong opinion, and most of the people I met were shockingly sharp, so I got into a lot of arguments back then, which I usually lost. That helped me get over the shame of being wrong, which is great because that’s still a frequent occurrence for me.

(I mean, I also listened to Postal Service nonstop for weeks while I was a whiny emo teenager pining after girls who didn’t know my name… but I’m not about to tell anyone that, especially in such a public setting.)

Although my band eventually met its certain fate after high school, I hope to start a new band here in Amsterdam someday. What’s that? You want to join my band? YES - you’re in!!! 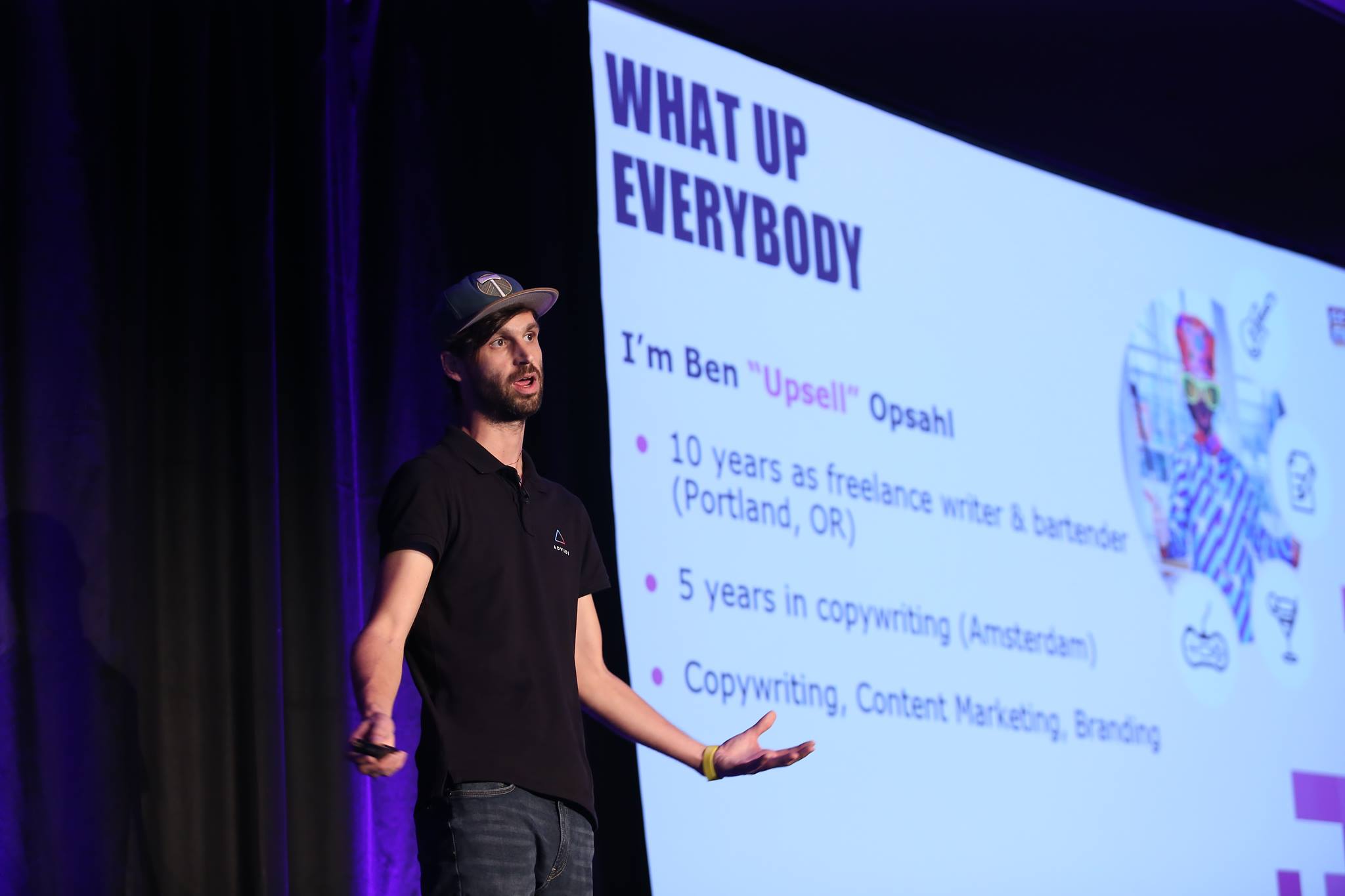 2. Copywriting is my game

I began my career as a copywriter in 2013, and the addiction has since taken complete hold. I feel incredibly lucky to have discovered my passion at a relatively early age (25) and can’t imagine doing anything else.

This has brought me into contact with some amazing people, and opened up some really exciting opportunities. This photo is from my speech at the Geek Out event in Barcelona, and I’ve made tons of friends in this rewarding industry. It’s amazing how people feed each other energy and respect while challenging each other to become better. (My favorite story so far is when I “challenged” one of my marketing idols, Ann Handley, on her email marketing… and her response blew me away!)

Copywriting is the perfect field for me because I love storytelling, creating value, engaging in conversations… and winning! Unlike literature, which is totally lame (but which I also deeply, deeply love - Vonnegut is my guy), copywriting is measurable. I appreciate getting feedback from both creative opinions and from data, allowing me to precisely monitor my gradual improvement. 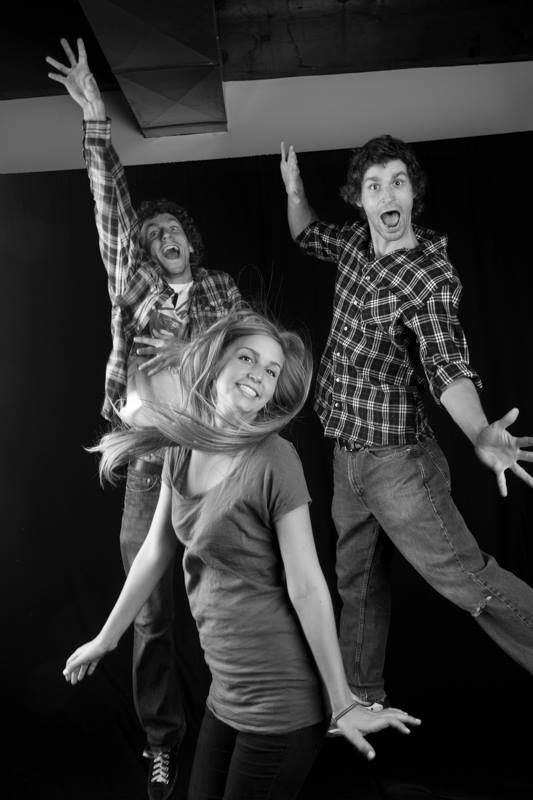 3. Family is my foundation

My family is incredibly important to me. My parents split when us kids were young, but they kept us all together nicely, allowing our family to grow in multiple directions. Now we live around the world, staying in touch digitally (though I wish it were easier with the time zones).

I’m really proud of my brother and sister, who possess wild talents that would make me really jealous if I were that type. My bro has super music talent and works as a web developer, while my artsy sis works for Channing Frye of the Cleveland Cavaliers.

My mom is a professional photographer, and her work (plus her passion for exploration) has brought me to some exciting places, like Madagascar and Bhutan. My dad is a spiritually connected dude, and observing his search for meaning over the years has brought valuable lessons to my own life. 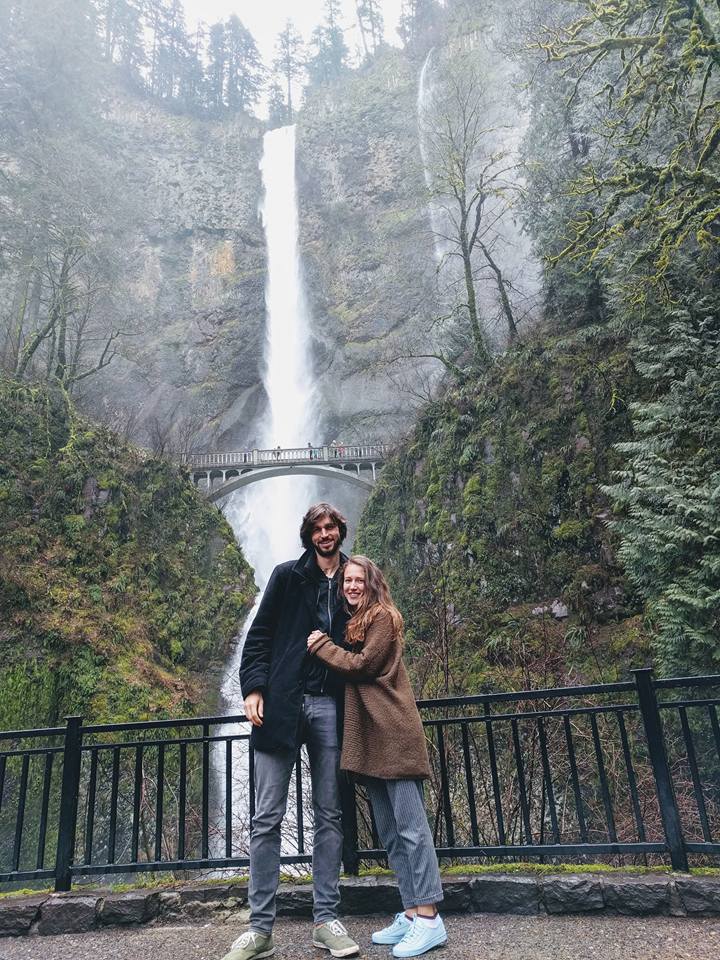 Alina! Nature! Home! I do miss the natural beauty of the Pacific Northwest...

My partner for nearly 5 years, Alina deserves her own photo. Mostly because she has taken pretty much every single one of me since we met the day after I moved to Amsterdam. We’ve also been through some pretty cool things together. Traveling, hardships, big wins, massive changes. Our life stories are intertwined at this point.

In this photo, we’re visiting Multnomah Falls, just outside my home town of Portland, Oregon. I’m glad I got to show her the US, and she’s brought me to many exciting adventures in her home country, Romania. (Ask me about the time I accidentally lied to a priest and became a godfather - lol oops!)

Alina is an engineer, so our work overlaps in many ways despite being decidedly distinct. Her passion for web development inspired me to take greater interest in my own career.

She is also excellent at doing laundry - a mysterious skill I deeply respect, but do not myself understand. I am excited to see her develop this incredible talent by continuing to do all the laundry, all the time. 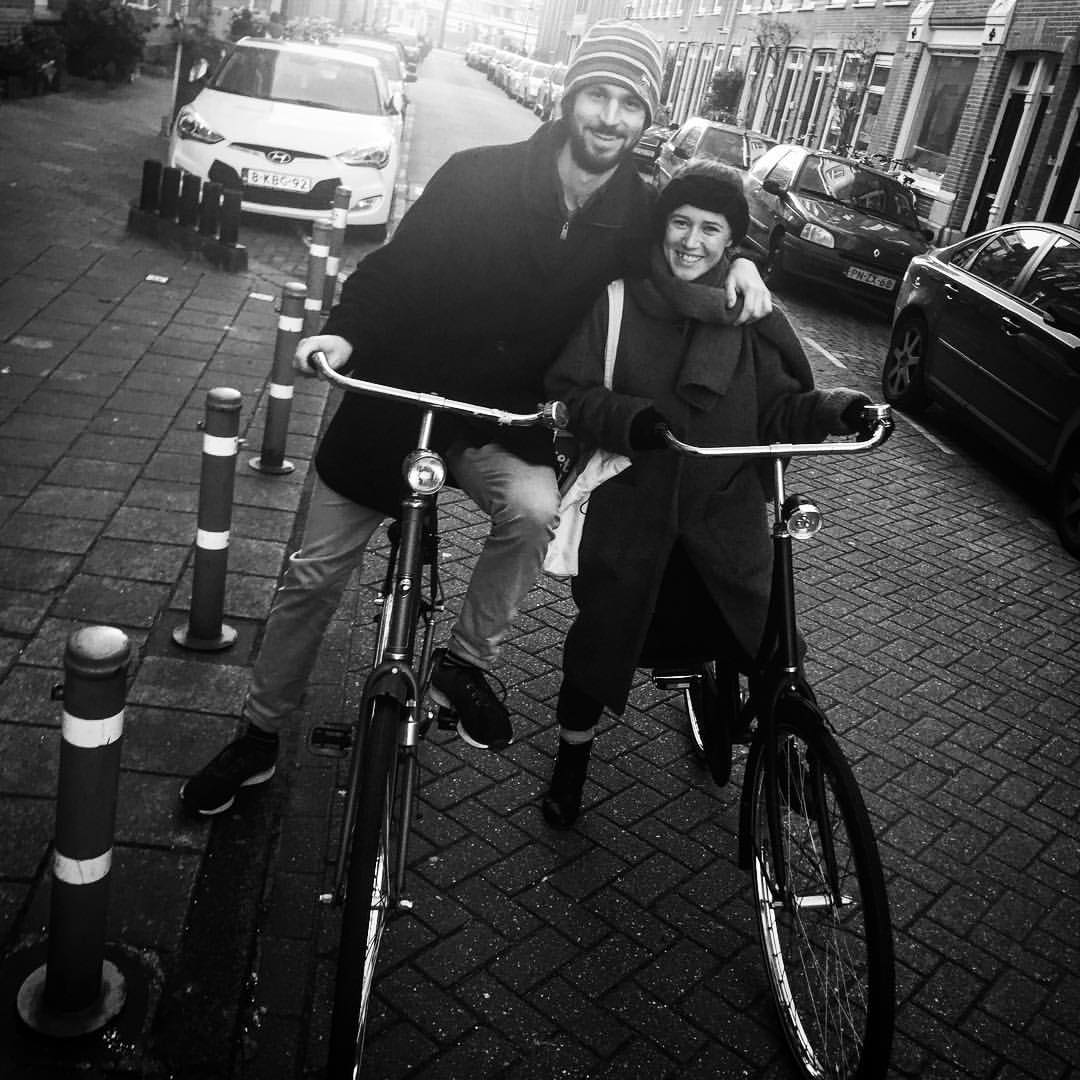 5. Amsterdam is my home

Although I was born in the midwest, I grew up in Portland, OR - you know, the hipster mecca where young people go to retire. I carry that with me in my strange fashion, my quirky sense of humor and my ability to name-drop obscure bands that you’ve, like, totally never heard of because they’re, like, really dedicated to the art… you probably wouldn’t get it anyway even if I tried to explain, no offense.

Now Amsterdam is my permanent home, without a doubt. I came here in 2013 for a short visit, but I never went back. The flow of the city and the attitudes people carry just make sense to me. I can’t explain it, but there’s a sense of comfort and “correctness” that fits my personality and goals perfectly.

The tomatoes here are a JOKE and the language is kinda weird, but other than that, I have very few complaints. I love being able to hop on a plane and end up in Romania or Morocco or Sweden in just a few hours. The weather rocks (I love rain, grey skies and eerie sunsets). The cycling culture is perfect because I hate driving and love menacing tourists with a last-moment “BRRRING BRRRRING!!!” of my bell. (Most people won’t admit that they do this, but we all do because it's really fun.)

Although I’ll spend some time in Romania and Greece (my favorite destinations in the world), I plan to stay based in the Netherlands until I die - when I'm 218 years old. 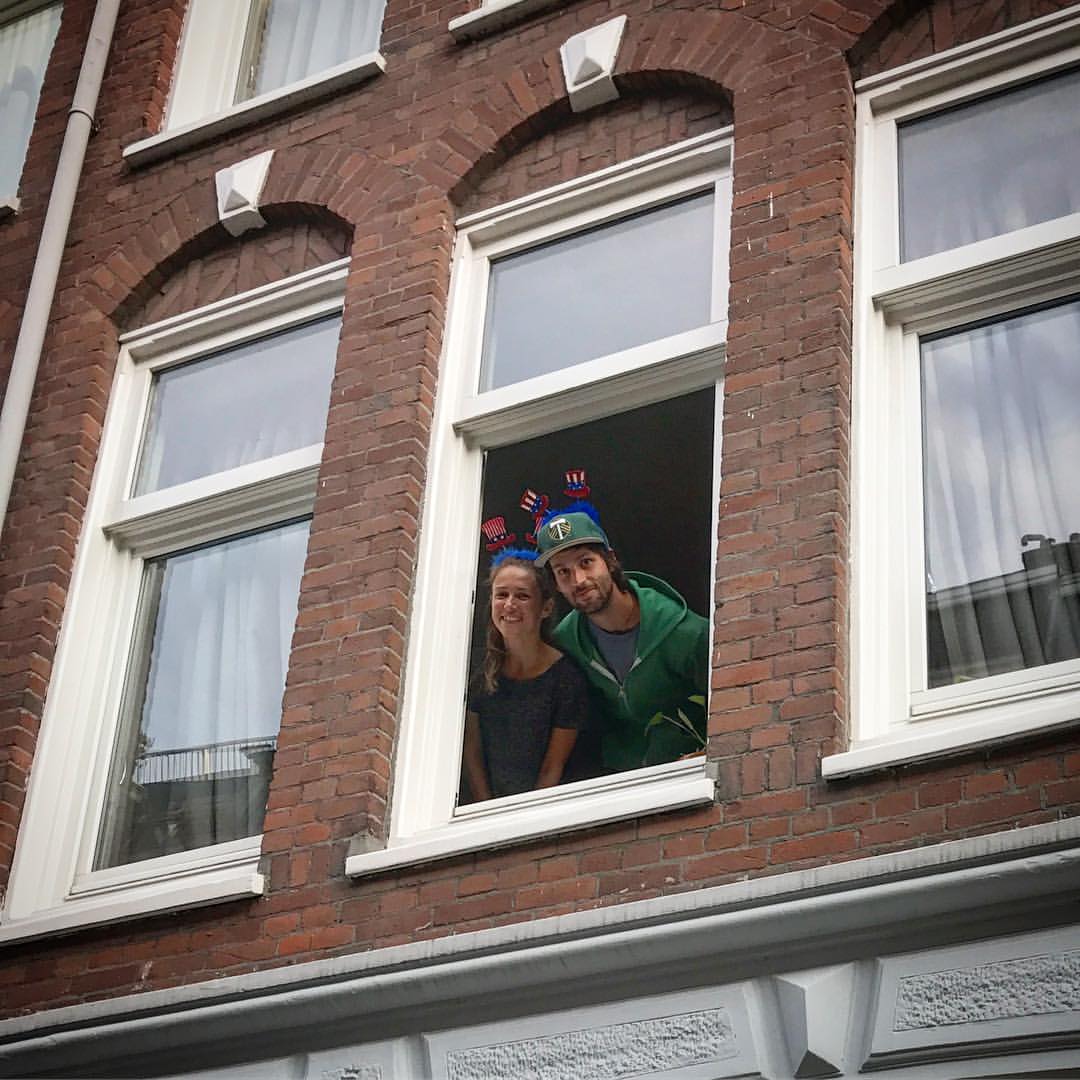 The best of both worlds - celebrating 4th of July in Amsterdam with Alina :)

Thanks for reading! I love you!

A World of Opportunity: New Dating GEOs Now Live!
Building a Brand That Speaks to the World: An Interview with Advidi’s VP of Marketing & Comms